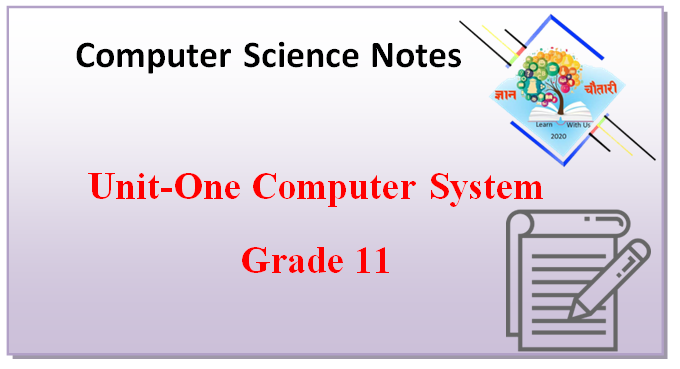 A computer is an electronic machine that accepts data and instruction, stores it until the data is needed, processes large amount of data according to the instructions provided by the user, and finally returns the results to the user.

A computer can be defined as a multipurpose, programmable, electronic data processing device that is capable of accepting input, processing it and producing information as output at enormous speed.

A computer may be defined as a machine that can solve problems by accepting data, performing certain operations, and presenting results of those operations in sequential instruction. Such a set of sequenced instructions, which cause a computer program to perform particular operations, is called a program.

Capabilities and Limitations of Computer:

Advantages and Disadvantages of Computer

In educational institution, the computer is used as teaching aids, information resources and computing and research means or tools. The computer has generated a new subject of study in terms of computer science, computer engineering and ICT. It also used to prepare documents, reports, presentations etc.

Each generation of computer is characterized by a major technological development that basically changed the way of computer operation as a result, it is an increasingly smaller, cheaper, more powerful and more reliable device.

The calculator of this age was developed by using mechanical components like wood, metal, stone, bone. It was used for simple mathematical calculations. Some of the popular calculators used in this age are:

Historians started the history of calculation with the first mechanical tool Abacus, also known as Suan-pan. It was used for performing simple calculations like counting, addition, subtraction and multiplication of numbers.

THE SCOTTISH mathematician John Napier first published the table of logarithms in 1614 AD. It was very useful in simplifying the multiplication of large numbers. He invented bone rods and used bones to demonstrate division by subtraction and multiplication by addition, according to the principle of logarithms.

THE ENGLISH MAN William Oughtred invented a rectangular device Slide-rule in 1620 AD.  Is was a calculating device based on the principles of the logarithm. A slide rule consists of two graduated scales, one of which slips upon the other. The scales are devised in such a manner that suitable alignment of one scale against the other makes it possible to find products and Quotient of any numbers.

Pascaline:THE FRENCH MAN Bilaise Pascal was a brilliant mathematician and religious thinker. Hi was the founder of the modern theory of probability. He formulated Pascal’s principle: in a liquid and gas, pressure applied to one point is transmitted equally to all parts of the fluid. To assist his father in his accounting work, Pascal invent the first numerical mechanical calculating machine in Paris. In this machine, number was were entered by dialing a series of numbered wheels each wheel having number from 0 to 9.

The English professor and mathematician Charles Babbage invented the Difference Engine at Cambridge University in 1822 AD. Theoretically, it can solve differential equations and calculate various mathematical function, logarithmic tables, polynomial and trigonometric the functions. His new idea was the construction of a general-purpose, fully programmable automatic mechanical counting machine. Babbage called his machine an Analytical Engine in 1933 AD.

THE HUNGARIAN mathematician, Jonvon Neumann gave the idea of a stored-program computer in the sense that the program is stored in internally in the main memory of the computer along with its associated data in 1945. So he is called the “Father of Stored Program“

The calculator of this age was developed by using a mechanical and electronic component vacuum tube.

A professor of Physics Howard H. Aiken designed a general-purpose mechanical computer in Harvard University and IBM while working on his doctorate in physics, in the year 1937. The machine was called BIM Automatic Sequence Controlled Calculate (BIM ASCC). It was the fully automatic calculating machine and later as Harvard Mark I. It was constructed in IBM, leading manufacture of office equipment at the time. Mark I is completed in 19944.

It used binary numbers for its operation. It utilized a number of input/output (I/O) devices including a punch-card and a card reader.

Features of Marks I:

In 1939, John Vincent Atanasoff and Clifford Berry designed Atanasoff-Berry computer or ABC for solving systems of mathematical simultaneous equations. If used 18000 valves (Vacuum tubes ) and other 45 valves for internal logic and capacitors for storage. It used punched cards as input and output operation i.e. secondary storage.

In 1944, Colossus computer is a design by Alan M. Turing and built by British mathematician Alan Mathison, Neuman, along with some colleagues, created a computer named colossus at the University of Manchester, England, which comprised 1800 vacuum tubes. Also colossus was built as a special-purpose computer, it proved flexible enough to be programmed to execute a variety of different routines.

In 1946 John W. Mauchly and J. Presper Eckert construct ENIAC (Electronic Numerical Integrated And Calculator) at the Moore School of Engineering of the University of Pennsylvania, UAS. ENIAC was the first popular general purpose all electronic digital computers.

EDVAC (Electronic Discrete Variable Automatic Computer) was developed by Dr. John Von Neumann and a member of the Moore School of Engineering of the University of Pennsylvania, J.P Eckert and J.W.. Mauchly.

The EDSAC (Electronic Delay Storage Automatic Calculator) was invented by a group of scientists headed by Professor Maurice Wilkes at Cambridge University in May 1949. It was used vacuum tubes.

We can categorize the IC into following types on the basis of number of electronic components used on them.

This generation of computer have not come yet in reality, but computers scientist are trying since 1990 A.D. It is said that the computer of this generation will use AI (Artificial Intelligence) and bio-chips as memory device so that they can think and decide like a human being. This computer will have power of sense, logic and decision making capacity.

Features of this computer are as follows:

The super computer is the most powerful and fastest computer among digital computers. This computer is special purpose and is capable of handling huge amounts of calculations that are beyond human capabilities. It can perform at billions of instruction per second (BIPS) and more. Some of today’s super computer has the computing capability equal to that of 40,000 micro-computers. This computer is the most expensive computer (cost around 15-20 million-dollar range). Due to it’s high cost and size, it is relatively rare. It used only by large corporations, universities, and government agencies mainly in the areas of defense and weaponry, weather forecasting, scientific research, satellite communication etc.

Mainframe computers have the size of a refrigerator. Before 2000, these computers were big in size covering the whole room. But now these computers have decreased in size and improve in performance. It occupies very largely with an approximate area of 1000 sq. ft. it supports a large number of I/O terminals, more than 100 terminals.

Long-lasting performance: These computers have a minimum time limit of 10 years. So they can perform well for 10 years and after that period companies can upgrade the mainframe computer or replace it.

Huge memory storage: Due to a high number of processors these computers have huge memory that can store and process large amount data at a time.

Virtualization: These systems have a logical partition which can help mainframe to overcome memory limitation.

Can run multiple OS: In mainframe computer, more than one operating system can be run at a time to boost the performance of the system.

Real-time monitoring and control: If any fault comes in the system then the administrator of the system is notified instantly. Suppose there is hardware failure then that hardware should be replaced to resume the work.

High cost: These computers have a very high price and they cannot be used in homes. Mainframes are only used by big organization, banks, large websites and government agencies.

Hardware/software is expensive: Windows and mac are not run on mainframe computers. These computers have custom software and hardware that are expensive for the normal user.

A lot of space required: Mainframe computers need a large space and also the temperature of the place should not be hot.

Command drove interface: The terminal connected to the mainframe computer have the text and a command-based interface that is difficult to understand.

The mainframe has greatest processing capacity and to support this there is large number of CPU’s with high processing power embedded within the frame.

As explained before the mainframe applications takes its presence in large scale operations and to support this facility the memory capacity embedded within mainframe is very huge, in some cases it could even be about more than 8 Gigabyte.

Mainframes systems have the ability to share the workload among different processors and input and output devices. This makes its processing ability and power to be efficient and increases its performance.

The mainframe system handles centralized computing by which all the operations takes place in the processor section of mainframe and the results are seen in the desktop monitor with the help of a utility or program running on the mainframe background.

Mainframes have the ability to run multiple operating systems and by this feature it is possible to function mainframe systems not as a single computer but as a number of virtual machines.

By the feature of Time Sharing Ability supported by mainframes it is possible for thousands of users to operate and use the machine simultaneously with efficiency.

The main important feature of mainframe system was its Reliability which made its usage wide spread among commercial customers. Mainframe systems are Reliable systems which gives high performance, which is essential for reasonable operations against a database.

It is possible to replace most of the components in the mainframe system with the system operating concurrently. Certain components like CPU if needed to be replaced of course requires the system operation to be shut down in which case this is done during the scheduled outage as per the users convenience.

Note: IBM 1401 was the first computer brought to Nepal

First released in the 1960s, minicomputer got its name because of its smaller size and cost compared to a mainframe computer. The capabilities of a minicomputer are somewhere between mainframe and microcomputer. For this reason, a minicomputer is often called a midrange computer. It is a work group computer system, a smaller but powerful multiuser system computer with excellent memories and processing speed. Like mainframe, minicomputer can handle much more input and output than a microcomputer. It can support about 50 terminals and requires an area of around 100 sq ft. users can access a central minicomputer through a terminal or a standard PC. Example: Prime 9755, VAX 7500, HP3000 series etc.

A computer, which is based on a microprocessor is called a microcomputer. It is a small, low cost digital compute. It requires small space, can be placed on a table, or even kept inside a briefcase. This computer has a central processing unit on a single chip. It is mainly used in office, house, school, shop, and store. The smallest of this category are laptop, notebook, palmtop, and PAD. Example: IBM PC, Apple/ Macintosh.

2.1.      On the basis of application – Analog, Digital and Hybrid computers. 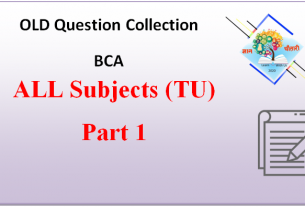