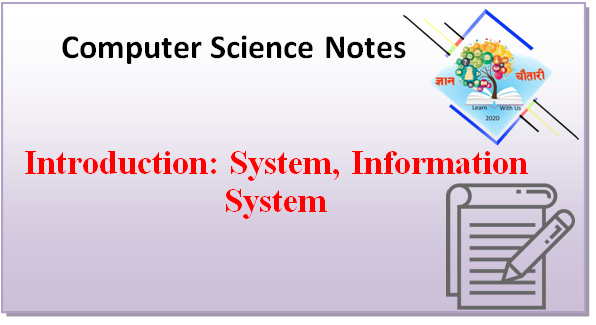 Computer is now becoming an essential part of very organization. In the past, computer was only used for business applications such as keeping records of transaction, hotel management, e-commerce etc. But now computer are not only used for application but also used for designing system as well.

Nowadays, computer plays the vital role in our human life. We used to interact with our hardware and software very frequently. But actually we are interacting with the system for every task such as traffic light system, chatting system, SEE result processing system, Mobile recharging and balance transfer system etc.

What do these various systems do and why do we need this system? The simple answer is-they give us information so that we can make decision and can plan for the future action.

A system is a set of interacting or interdependent objects or idea which works together like a single unit in order to achieve common goal. For example human body, computer system, an organization, results processing system, banking system etc.

A system must have an input unit to feed data to the system, a processing unit to process the supplied data and an output unit to display the processed data. If expected output is not on obtained then the process is repeated with suitable feedback supplied as input which makes system stable.

When we supply data to a system then the system process those data and generates meaningful result which is called information. Hence, the result of data processing which gives complete sense or meaning is called information. as it is processed data, it helps in Decision Making. For Example, simple saying 30 does not signify anything but when we say Rs.30 it becomes information.

Information is the process form of data. The task of changing data into information is called processing. An information system has five key components: hardware, software, data, process, and people. 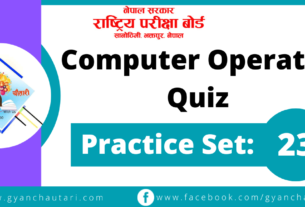 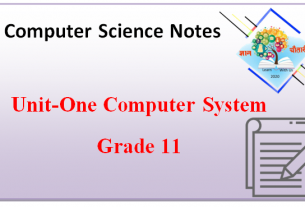